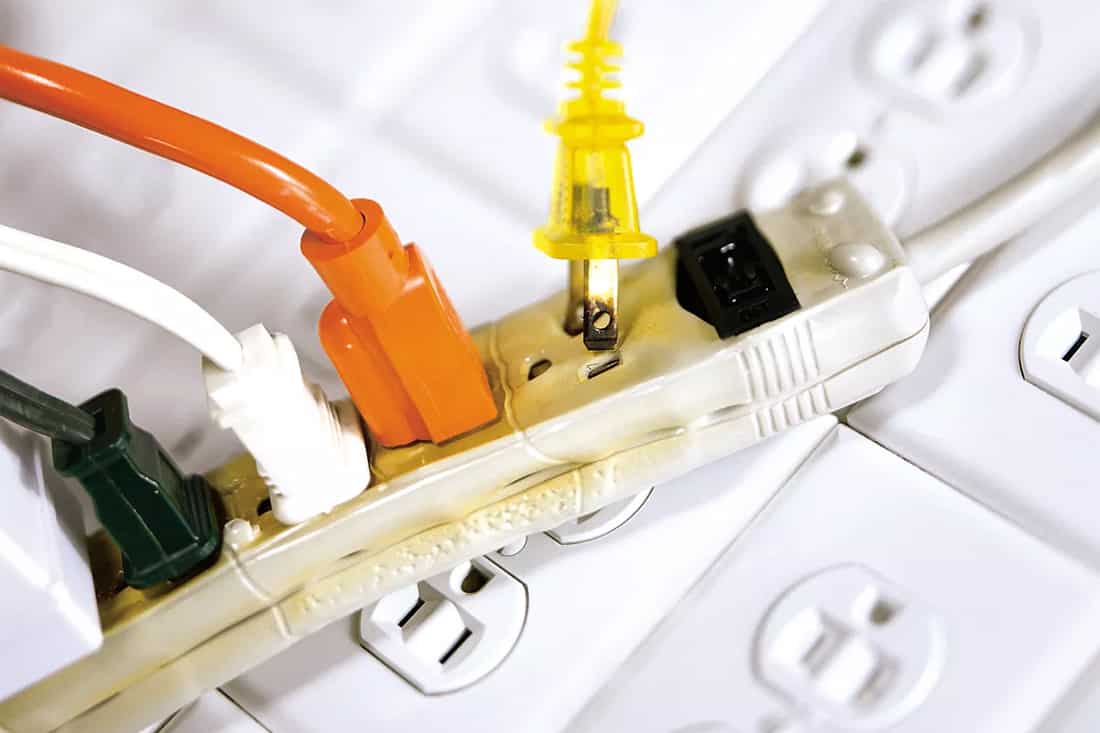 When you are thinking about protecting your home and its belongings, a power surge does not sound like a huge threat. In reality, power surges have destroyed countless devices or appliances in homes throughout the United States. It is a phenomenon that happens daily and is not as rare as we would like to think they are.

A power surge is when there is an unexpected, but temporary, increase in the current of the electrical circuit. This sudden surge can cause damage to any sensitive devices that are currently plugged into an outlet which, of course, some have to be all the time.

Though most people are aware that a lightning storm may cause power surges, there are various other reasons why a power surge may happen, such as:

Though most people are under the impression that this is a rare occurrence, power surges happen at least up to twenty times a day, with more than half of them happening from internal issues as opposed to from the outside world. This means power surges are a very real threat to your home

There are things that you can do to protect your home and the devices that you’ve purchased.

Be careful of how you plug your appliances in. For example, though it might seem counter-intuitive, a computer does not usually like to stay plugged into the same outlet as a laser printer. The general rule of thumb is not to plug in anything smaller and sensitive, such as a computer, with larger appliances like the air conditioner or fridge. The larger appliance may end up causing a large build-up of current and will short out any other sensitive devices in the area.

Any damaged or exposed wires are not only a fire hazard, but they will also disrupt the flow of any currents. When there is a disruption of flow, power surges will end up becoming more frequent and affect any plugged-in device or appliance. Every couple of years, it is a good rule of thumb to have a licensed technician inspect the home for any faulty wiring. Before any inspections, stay on the lookout for signs such as buzzing or vibrations, the circuit breaking tripping often, and any visible burn marks around outlets.

It’s also a best practice, when having your wiring inspected, to ensure that any excess current has somewhere to go. An electrician would be able to guide you on the best practice concerning grounding your home, but this might help protect your home in the event of a lightning storm or build-up of electricity from the use of your appliances.

As it works to cool your home, the air conditioning unit turns off and on frequently. This constant cycle causes the current to increase, which increases the likelihood that a power surge will occur. Newer AC units are built to be more energy-efficient and require less power to make it work. This new design ensures that there is less current built up already for the next time that the appliance turns on again, decreasing the chance of a power surge.

Any chance of lightning or storms increases the possibility that your home will experience a power surge, especially if there are any power outages. When lightning strikes anywhere near the home or a powerline directly, it will send millions of volts of electricity surging through your home, and therefore, any plugged-in appliances. During a storm, take the necessary precaution of unplugging devices that can do not need to be plugged in, such as the fridge.

Switch to a company that offers prepaid electricity, as opposed to a company that offers only a month to month contract. Your wallet may end up thanking you for the switch both in the budget you will be able to stick with, but also with the appliances and devices that you will be protecting. Prepaid electricity means that only a certain amount of electricity, the amount already paid for, is sent to your home, minimizing the change of power surges.

Remember, a power surge is not strictly the result of the weather or possible outages in your area. Instead, they can be a result of the build-up of electricity within your own home, which could cause untold damage to any of your plugged-in devices or appliances. It is in your best interest and the best interest of your devices to take certain precautions against power surges. As mentioned above, this could mean more considerable precautions like a whole-home power surge protector, or just unplugging devices when they’re not needed, or a storm is headed your direction. In the end, these precautions may save you thousands of dollars as it will extend the life of the devices inside your home.