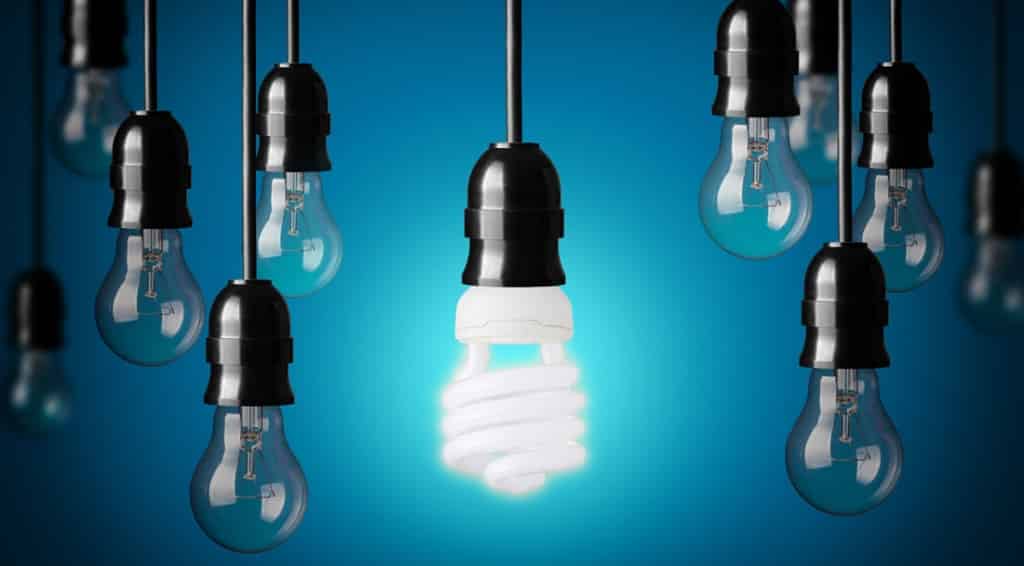 The average home uses 5% of its energy budget on lighting. By switching to ENERGY STAR (Energy Efficient) rated light bulbs, you can save an estimated $50-$75 per year.

Since the new lighting standards took place in 2012, the market has been filled with halogen incandescent, CFL and LED lightbulbs. Now Power explains which ones may be right for your home.

Halogen lightbulbs have double the lifespan of traditional lightbulbs (up to two years), and many of the same features. They’re also available in most of the same sizes as traditional incandescent lightbulbs, but use 25% less energy, and are only slightly higher in price.

Compact Fluorescent Lamps, or CFLs, are similar to the long, tube fluorescent lights. The big difference is that they last twelve times longer, use 75% less energy than traditional Halogen bulbs, and are usually encased in an exterior bulb.

The downfalls are that these lights cannot be dimmed, they don’t work with sensor lights, and contain Mercury.

Light-Emitting Diodes, or LEDs, are the most energy efficient lightbulb available. They’re also the most expensive.

However, with a lifespan estimated on 18-45 years, the initial expense is made up in energy efficiency and in not needing to replace the bulbs. They are able to be used with a dimmer, and some brands can also be set to a timer or sync with a phone app, allowing users to turn off lights when they’re not home.